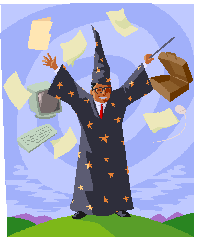 “Can you make me bark like a dog?” I get asked quite regularly when I tell people that I am a hypnotherapist. “Not unless you want me to!” is my equally regular response.
Hypnotherapy is slowly growing in popularity in treatment of issues and conditions that number of traditional treatments have not been effective for, and is for example recommended by NICE for IBS. Despite of the growing popularity however, hypnotherapy still suffers from number of different misconceptions about what it is and what it is not!
One of the misconceptions is that the hypnotherapist can make the client do something they do not want to do. We all have seen programmes in TV of hypnotised people carrying out silly acts in what seems an uncontrollable manner. I often tell my young children that I wish I could hypnotise them to do their homework or tidy up their room. Unfortunately for me I cannot. This is because a person cannot be made to do anything they do not want to do while in hypnotic trance. Yes, people in those TV programmes bark like dogs, or cluck like chickens and so on, but that is what they have given themselves a permission to do! They have willingly entered into the experience knowing it is to entertain others. And they have been carefully selected for their suggestibility by the hypnotist.

As a matter of fact, a person cannot be made to do anything in hypnosis that violates their personal ethical code or values. Any suggestions that go against personal values and ethics are rejected by the person. I often run group sessions and remember a particular one in a series of weight-loss sessions. We were half way through a group hypnosis session when I suggested that all left over food should be thrown away. It is sometimes difficult to tailor-make suggestions to fit everyone’s beliefs in a groups setting and so it happened that one of the participants was having none of this. She opened her eyes and sat up suddenly and told me that throwing food away is being wasteful!

All hypnosis is self-hypnosis. Our familiar experiences of not remembering a journey on arrival, or having concentrated at work with such intensity that hours had passed in what you thought were five minutes, are examples of hypnoidal states, everyday trances, we all go in and out of several times a day. During a hypnotherapy session a trance is induced with help from the therapist, but ultimately the person goes into a trance by themselves.

I work primarily with clients who have anxiety related conditions or suffer from phobias, post-traumatic stress and depression. Some of my clients have tried several different types of therapies and medication without permanent help and have turned into hypnotherapy as a last resort. This is when I sometimes face the misconception that hypnotherapy is a magical cure that can fix all problems in one session! Yes, there are treatments that are carried out in a single session, such as smoking cessation. This is based on the principle that you will give up your habit in one go and leave the session as a non-smoker. Unless of course there are other underlying issues for which smoking is a manifestation of undesirable behaviour and which need to be addressed first.


Many of my clients have had their specific issue for quite some time. It has taken them a lot of effort and courage to try to overcome their issue and then finally seek this type of help. It would be unrealistic and unethical to promise an overnight cure or even expect for one; that somehow you can be hypnotised to simply forget your problem. Well, you can if you want to, but not with a permanent result as the problem will find a way of re-reminding you that it has not been resolved. Or in worse case creates another problem to hide behind!
Overcoming issues with hypnosis can be very effective and often a lot faster than traditional treatment either on its own or in combination with other forms of therapy, but it also requires time. Hypnosis is a skill that needs to be learned first. More often you practise self-hypnosis the faster you will obtain a trance state and deeper the state will become each time. And this allows by-passing the conscious part of your critical brain which in order to protect you from something or the other has created the issue being dealt with in the first place, and so the unconscious mind can be harnessed to reinforce the conscious mind’s effort to make a change.
Complicated? Not really, but it does take some effort and some time.  We need time to adjust to the changes we have made. Sometimes the process also involves what feels like a step backwards as one change initiates another and other issues are coming to surface or are resurfacing.
Each treatment and the number of sessions required to overcome a personal issue is as unique to the person as the person is unique.
I see hardworking clients who are determined to overcome their problems. And I believe that if you are willing, you can, and that the time it takes is what it takes. Sometimes it takes two sessions. Sometimes four. Sometimes people see me twice a year for something. It all depends. But I will never promise a magic wand because hypnosis is not magic despite of how much we would want to believe it is.
The magic is in fact in the person in front of me who has all the resources available already to be unlocked for healing.
Posted by Teija at 17:39