A Moment Of Clarity 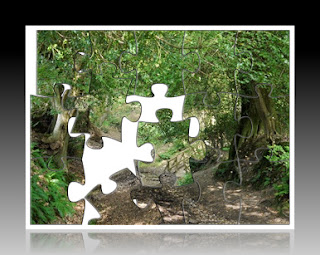 Have you ever had a moment of clarity when all of sudden you know exactly where you are, where you want to be, and most of all, know how to get where you want to be? If you have, then you are familiar with the feeling that came with the moment the realisation of this hit your brain and when you suddenly could hear and see what needed to be done. The victorious beat of your heart drumming this new found clarity further into your conscious mind telling you that you had arrived to significant knowledge.
I had one of those moments this  morning as I was standing in a busy London underground train amongst the many other commuters, trying to read a book to pass the time and to make my twice-a-day journey more interesting. I stood there, amongst the unfamiliar faces while steadying my balance to meet the movements of the train..the sudden stops  at signals and as we approached a station and then left again, doors opening and closing. The rhythm of this so strangely soothing that I found my eyes starting to wonder and leave the page until I found myself merely staring at it,  unable to see anything. My mind started to journey….
..and I don’t know where it went to… My thoughts simply disappeared for 10 minutes or so and there was simply nothing that would make sense, at least in order to describe in a sensible sentence. Perhaps some fleeting images, half constructed thoughts, memories from the past and recent weeks and days, parts of a dream? Nothing that I could really catch, just quickly passing moments of a whole lot of nothing.
I suppose I looked like any other passenger, standing there with glassy eyes, emotionless, waiting to get to my destination, to get off the train.
Then it hit me. The clear image of a vision of what I wanted. It came so clearly out of nowhere that I was taken by  surprise. The image of what I wanted to do and how to get there. Not the million, zillion little details, but the key ingredients of the buzzle that I had been consciously trying to solve for weeks and had almost given up on thinking that I wasn’t ready, that I needed to know more, to experience more, to have more reference points.  And there it was. The simple structure of my initiative and the knowledge that I was familiar with every single step that had revealed itself to me.
What happened, what had made this possible now? These were the questions I was asking myself as I stepped out of the train onto the platform and had steadied the fast, excited beat of my heart. I was relieved and happy at the same time with the new knowledge  I now had, but I was also curious to understand what had made this knowledge available now, on a typical morning to work and without any  conscious effort?
Was it the soothing rhythm of the train that had somehow sent my mind to the edge of the subconscious to retrieve information that I did not know I had? Was it the boring familiar journey that had switched on the autopilot and let my mind run loose? Was it the fact that I had a moment of no self-made thoughts, no worry, no content?
Perhaps it was all of those things and many more..  it just goes to show how there is a lot of power in a moment of  'nothingness' and how a vision can rise from the absence of conscious thoughts.. creating a  perfect moment of clarity for where you are, where you want to be and how to get there!
*****


What happened to me during my journey is an example of naturally occurring everyday trances, usually known as hypnoidal states that are so commonly experienced by us.
A Hypnotic trance is a natural everyday occurrence and most of us dip in and out of trance throughout the day, this is ofcourse what happened during my journey to work. May of us have experienced  this for example as 'driving on auto-pilot', having driven a car safely to the destination with no conscious memory of the journey itself. Or maybe you have been so entranced by a film that you forgot about an appointment or did not hear what someone said or asked?
The term trance therefore refers to a dreamlike but highly focused state of mind experienced by people in everyday situations,  or when they undergo a hypnotic induction.  During a hypnotherapy session, the hypnotherapist will induce trance. This enables the client achieve focused inner awareness during which restrictions of conscious mind are bypassed, allowing information from unconscious to surface.

The trance-like state I entered during my journey to work enabled me to unconsciously process the problem that I had been thinking about and suddenly bring the information into my conscious awareness giving me the much wanted 'Ahaa'moment.